Our First Snow Day in VA 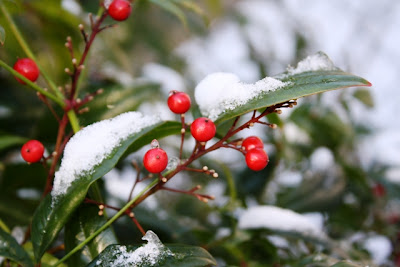 Born and raised in southern California, I have very little experience with snow. My snow memories are limited to:

After a very mild winter here, I've got a new memory to add to the list. It finally snowed here! On Saturday night, just after we arrived at our family's house, the snow began. We had expected it to snow a bit later in the evening, but it caught us unawares at about 6pm. Oh, it was beautiful! It didn't snow very long, and a lot of it melted before it was time to head home for the evening. But, then Sunday morning, we awoke to this: 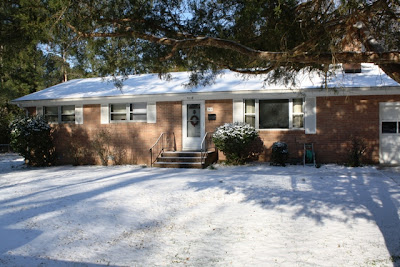 ﻿The girls were very excited to head out and play in the snow. Of course, it wasn't quite like that snow memory from 1989. No neighbors were out playing in the snow. We saw a couple of people sweeping the snow off of their driveways, but that was about it. In all honesty, it wasn't really that much snow. Most of it melted by the afternoon, but I can officially add it to my list of snow memories. 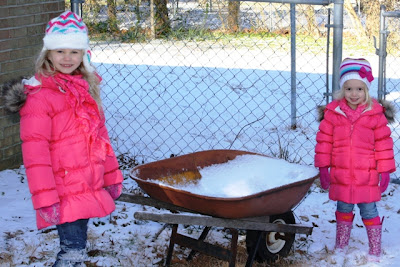 Just for the record ;) It was 8 inches that fell in 1989. Dad measured it at Santa Clarita Elementary that morning when we went at the crack of dawn to get his video camera.

And then we drove through the parking lot -- spinning out on purpose.