It's been nearly 11 years since I became an Auntie. It was my 20th birthday and I was a sophomore at UCSB. My big sis Jessica and her hubby Bryan lived in SB at the time and were supposed to take me out to dinner for my bday. Then came the call...they couldn't celebrate my bday with me...they had bigger plans...Jess was in labor. I was excited of course but a little bummed that I couldn't rush off to the hospital to wait. You see, it was finals week and I had a paper to finish and a room to pack up. So, by the time I could make it to the hospital, it was nearly midnight...and we waited for another FIVE hours or so before my nephew Nile came into this world. At least he waited until the day after my birthday -- I don't know if the middle child in me would have liked to share my birthday. He's pretty cute so I guess I would have gotten over it. 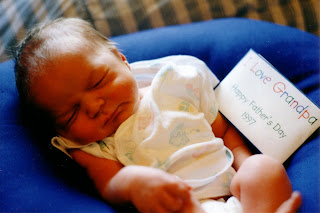 Then, a few years later, Jessica and Bryan blessed our family with another nephew -- Jordan. The month after Jordan's birth, I got engaged and three months later I became an auntie to three more kids -- Brittney, Kameron and baby Olivia. 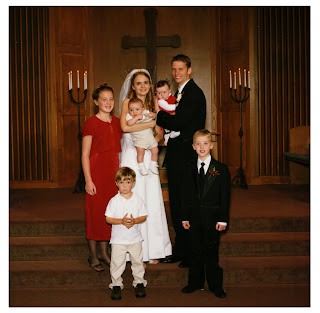 Well, the blessing of being an auntie didn't stop there. The following year, Jessica and Bryan had son #3 -- Calvary. I connected with Cal -- he was the first of my sister's kids to have coloring similar to mine -- blond hair and brown eyes. Of course, I questioned that connection when he was a two year old and liked to point his finger at me and yell "No"...but that's a different story. Here's a pic of him when I think he was close to that age. Cute dimple, huh? 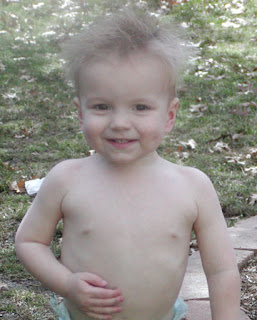 Later that Fall, Brett's family gave us yet another nephew -- Simon was born to Brett's sister Rachelle and her hubby Peter. Despite what occured in this photo below, Brett still wanted to be a father...it just took a couple more years to convince him. 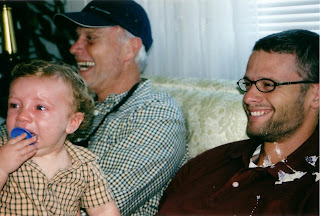 Then, in the Fall of 2003, Bryan and Jessica up and moved with the FishBoys (Nile, Jordan & Cal) to Kansas. Little did we know at the time that a fourth FishBoy was moving as well -- Judah was in utero. I got to meet Judah during my first visit to KS when I was pregnant with Ella. 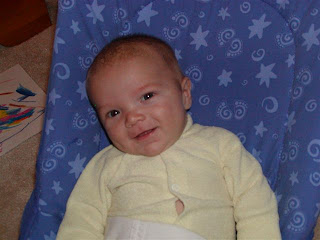 Then, despite thinking they could make only boys, Bryan and Jessica gave me my very first niece on my side of the family. Cana was born in the fall of 2006. She kinda reminds me of Lucie in this picture. 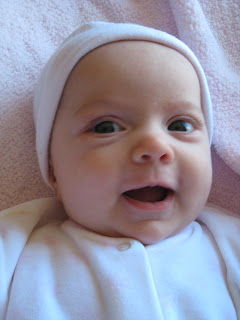 This past summer, Brett's brother Troy and his wife Aimee blessed us with our niece Amelia. She is a sweet and happy baby. I think Lucie looks a bit like her too! 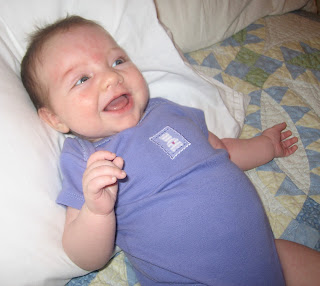 So, as the count now stands, I have 6 nephews and 4 nieces. As some of you may know, my sister Jessica is planning on adding to the count again. For those of you who are good at math, you may realize that she has already contributed 5 to the count...and will soon make it 6! Then this afternoon, I spoke with Jessica who just had an ultrasound done and found out what she's having. Here is a pic of my newest... 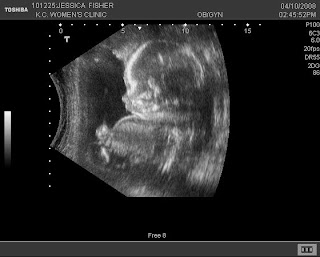 Thanks for the sweet tributes. I'll email you some better pictures. The boys think that one looks like a lizard or something. It's just that that's the one with the funny saying for Bry.

There you go sista! I've swapped out the previous pic for one that you sent. Now FishChick 2.0 doesn't look like a lizard. I'm assuming that is a photo of her head...I never was very good at reading those ultrasound pics!

I am so happy! I love being an Auntie! Awesome blog addition Janel. I gotta get my fix every day or so!

On a side note, it wasn't easy finding all of those pics! Most of those kiddos came BEFORE the digital camera revolution. I didn't have the time to dig out actual photographs, scan them, etc. So, I just posted what I had on the computer already.